Vettisfossen is the highest free falling waterfall in northern Europe with its 275 meters, and in the winter it forms a mighty ice climb. The surrounding is spectacular, and you feel very small standing at the bottom of the ice. I was invited to come along Gothenburg’s own hardmen Ragnar Crona and Johan Sundell documenting the ascent. Perfect, since I was recently asked to shoot some ice climbing for the German backpack and avalanche manufacturer Ortovox. 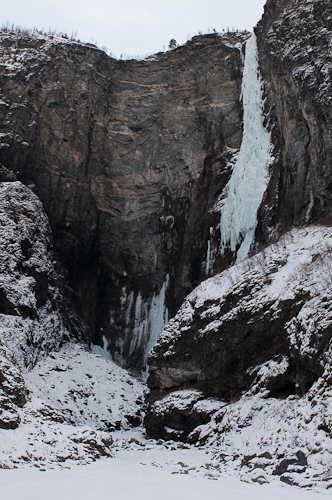 Since the top pillar was connected to the huge bottom cone, Ragnar and Johan could climb the direct start, i.e. straight up from the cone. Most of the time the top pillar is reached via a travers from the right higher up. 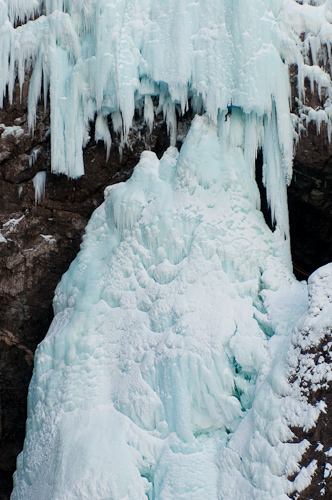 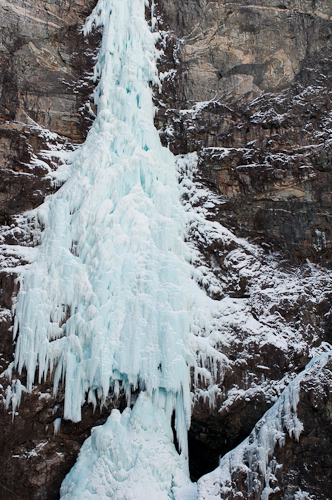 This is right before Johan reaches the third belay: 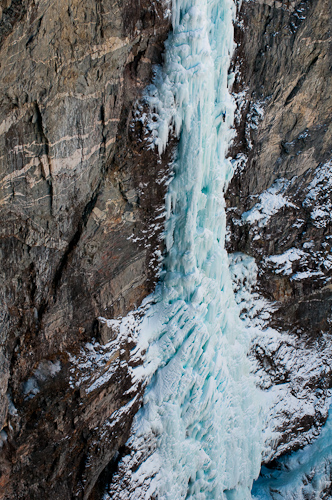 Ragnar on his way up to the third belay: 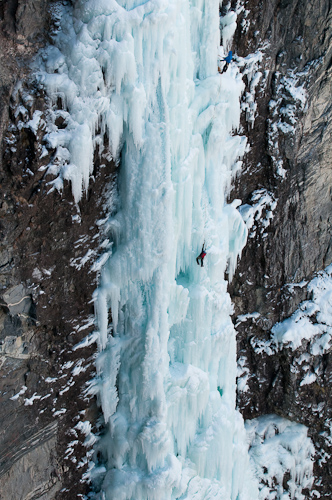 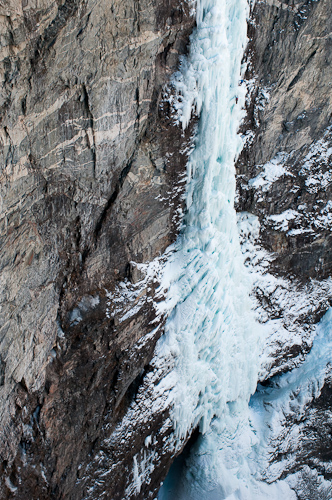 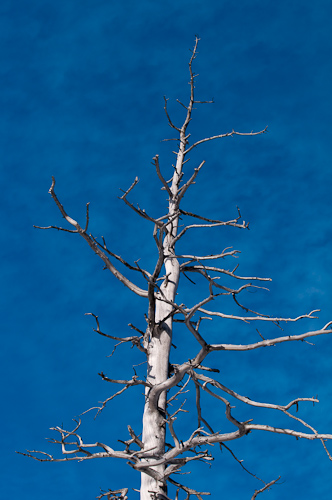 Ragnar on the fourth and last pitch: 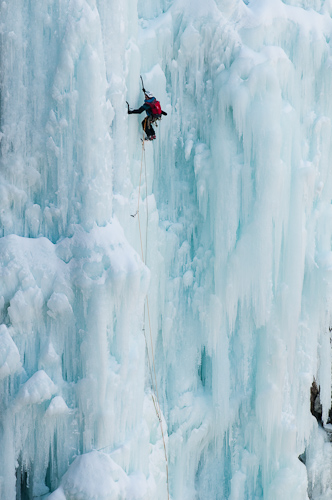 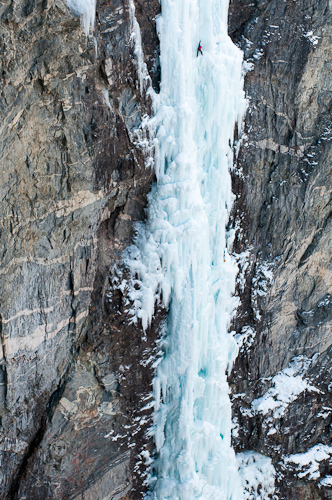 The two climbers stretched every single pitch as far as they could, and on the last pitch Ragnar aimed for the trees at the top but came up about ten meters short. 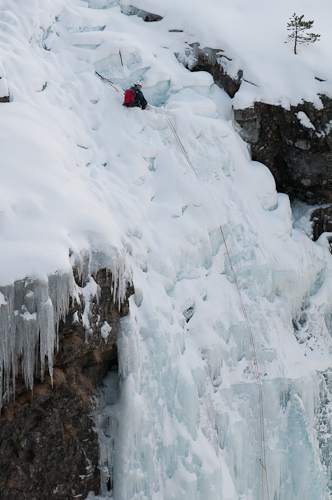 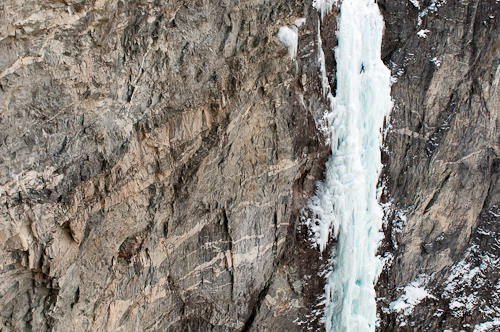 “To do the direct start on Vettisfossen, and do it in four fully stretched pitches was definetely the highlight of my ice climbing career”, says a happy but tired
Ragnar Crona after topping out and reaching the sunlight at the top of the canyon. 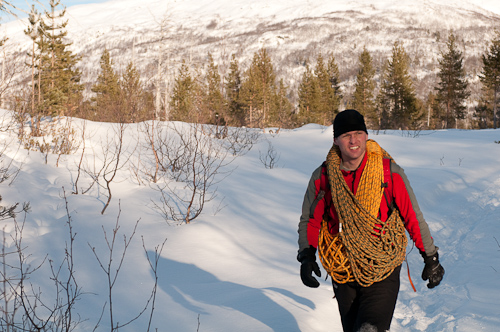