I got an early Christmas gift from Norway – the cover of the December issue of the Norwegian magazine Klatring. This photo was taken over a year ago during a mini expedition to the inland village Övre Årdal in Jotunheimen National Park (Norway), and it’s enormous icefall Vettisfossen. With it’s 275 meters vertikal drop, Vettisfossen is the highest waterfall in northern Europe. A lot of the ice climbing in Norway is fairly easy accessible, but to climb Vettisfossen you have to pay your toll in sweat just to reach the bottom of the climb. Especially if you’re there as a photographer, with all the extra gear you need to carry. 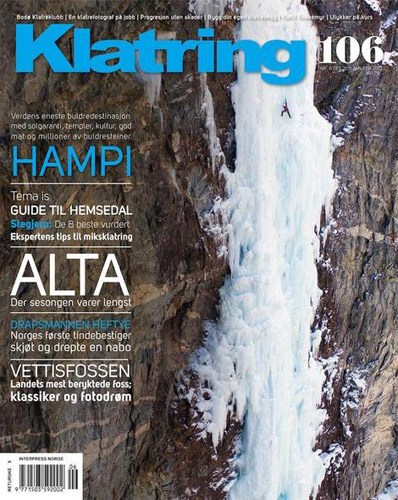 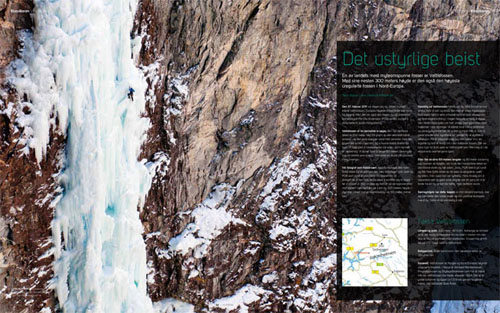 One thought on “Published cover”