Erik Heyman, one the hardest trad climbers in Sweden, wanted some photos of his recent contribution to the trad climbing in Sweden: the FA of a route at Häller in Bohuslän called Doktor Snuggles. Erik started working the route during the fall of 2010, but a very cold and snowy winter forced him to leave it for few month. After a few sessions on the route early this year, he finally sent the route. He thinks it’s a solid 8b. 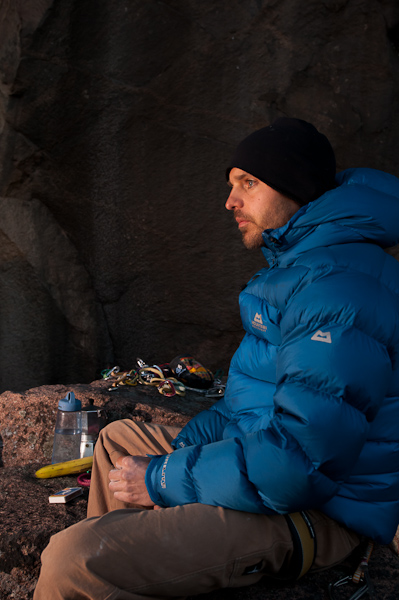 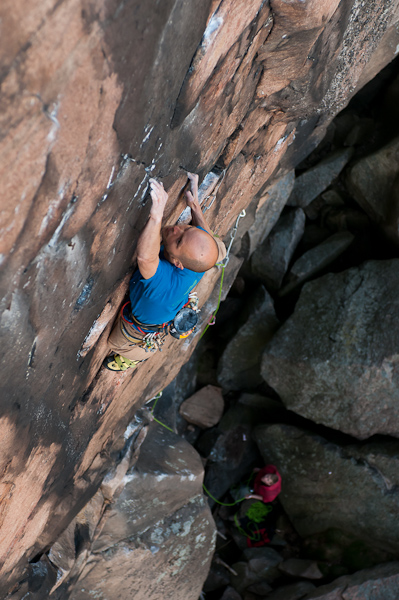 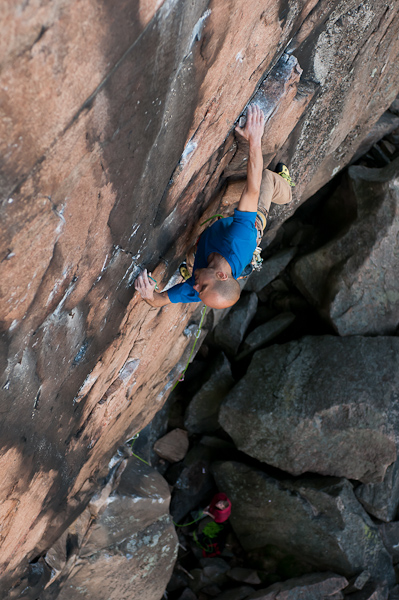 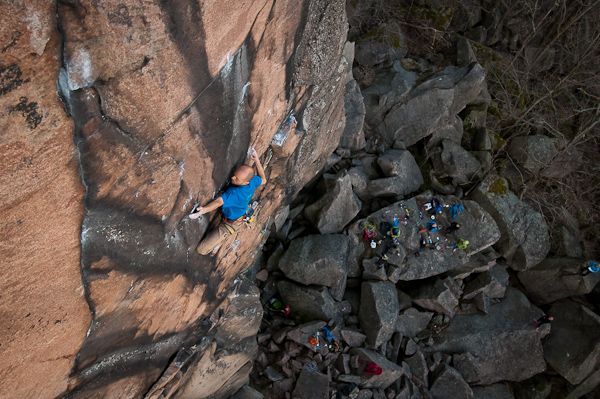 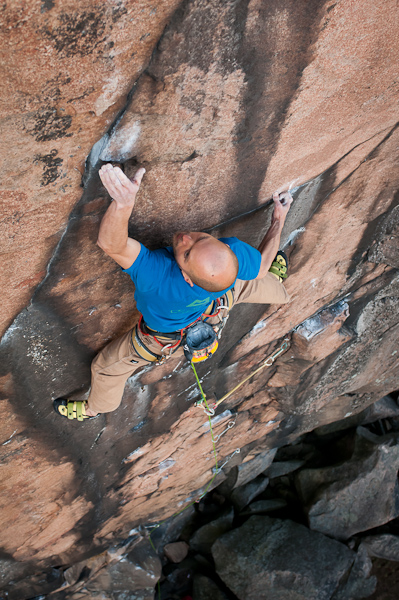 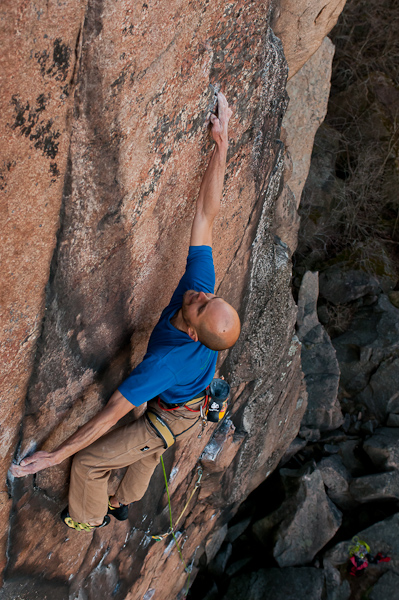 The last hard move before easier ground. If you miss this, you get about 20 meters air milage.